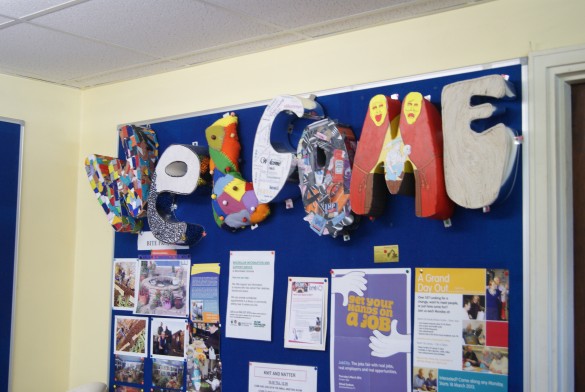 The North Manchester Wellbeing Centre is a community centre run entirely by a small team of volunteers; the activities provided help out with health and wellbeing issues in the area. The team met up with Joan, one of the volunteers in the centre’s training café. She told us about all the work they do in the area over a brew.

The café is run by volunteers who are recovering from periods of mental ill health, and provides them with active work experience so they can gain qualifications such as food hygiene certificates, which puts them on the road to future employment or further training.

This room also has a pool table and is a great area for members of the local community. It is lively, and the regulars seem to really enjoy the space to come and read the paper, play pool and meet with other residents.

What activities does the centre run?

The North Manchester Wellbeing Centre has loads of activities to help residents of the area improve their health.

This includes a Keep Fit class, which you can see in the pictures! This was firstly recommended as part of the rehabilitation for people who have suffered heart attacks, but it was then continued beyond the funding that the NHS provided, due to overwhelming demand from residents

They’re also able to provide a range of therapies – inside the centre there are two rooms dedicated to therapies such as massage and reiki. One lady said that this is treatment reduces the frequency of her epileptic fits, which she can’t get anywhere else.
There’s an innovative Love Yourself group – this is a class designed to provide activities and guidance that will help with self-esteem and personal confidence.

A local history group and a painting and drawing class – the latter being so popular and useful to its members that even after the funding was cut, the tutor continued to run the sessions as a volunteer. Joan said they were “seen as a lifeline”.

And there’s also a Knit & Natter group – where residents can come and chat while knitting and crocheting. The team were lucky enough to meet one of the members of the group: “I’m not really a knitter, more of a natterer!” 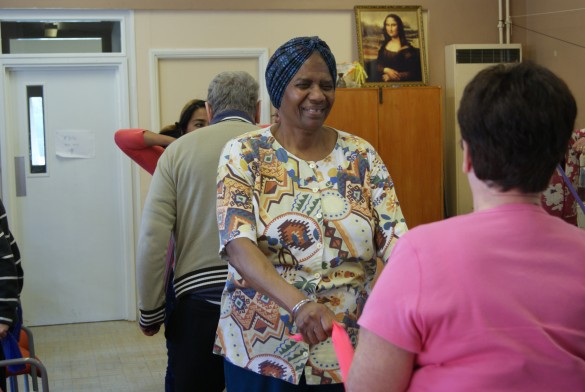 What benefits do these activities have for the community?

Most importantly, Joan said that the social aspect of having a centre people can visit “means the world to them”.

Some members had been brought to the centre by carers, who after some sessions were then able to start visiting on their own. Joan said that some of the most impressive success stories that come out of the North Manchester Wellbeing Centre come from members of the community who previously could not spend much time out of the house socialising, but now they regularly attend the centre.

Joan even told us about one lady who had not been out of her own house for years and started to attend – her own mother then had to drop by the centre to see it with her own eyes!

Joan highlighted the North Manchester Wellbeing Centre’s mission to improve health and wellbeing through socialising and increased self-confidence: “the impact is massive”. 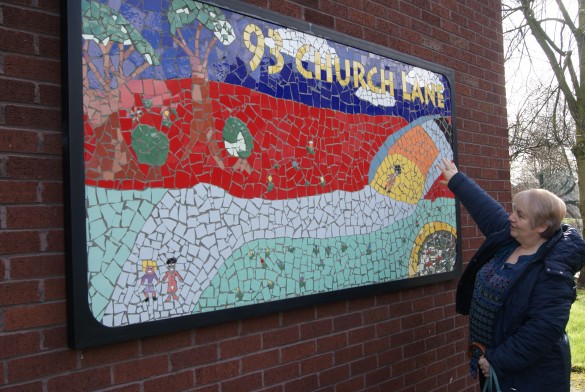 Art in the centre

On the way out, Joan showed us the mosaic on the outside of the building. The North Manchester Wellbeing Centre received some funding to decorate the exterior. The design was originally a piece of art created by one of the Wellbeing Centre’s members.

It tells the story of the artist’s journey through mental ill health and her recovery: the image was felt to represent the purpose of the centre and so was selected to be transformed into the mosaic.

Featured Project: North Manchester Wellbeing Centre, 4.5 out of 5 based on 2 ratings